Signed and dated on verso 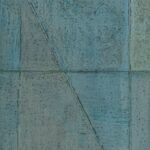