Paul E. Saling was born in Magdeburg, Germany on July 19, 1876, and came to America in 1893 through Ellis Island. He worked in New York and then relocated in 1900 to Hartford, Connecticut finding work as a designer, painter and decorator.

Saling studied under Charles Noel Flagg in Hartford, Connecticut, William Gedney Bunce, and at the Connecticut League of Art Students.

Around 1926, Saling made Lyme, Connecticut his permanent home. Well known for his love of sailing and the sea, he is most remembered for his impressionist marine scenes. 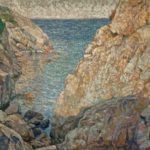 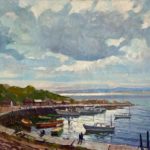